Some Illustrator: A new biography of Garth Williams

If you are familiar at all with classic children’s literature, you will know the name Garth Williams. Williams illustrated Charlotte’s Web, Stuart Little, Cricket in Times Square, and Little House on the Prairie. For those of us who grew up on his illustrations, they constitute a montage of our childhood. 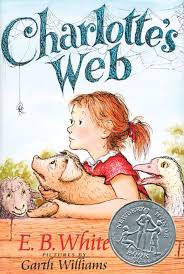 The New Yorker has a wonderful piece on the new biography of Williams, Garth Williams, American Illustrator: A Life, by Boston College professors Elizabeth K. Wallace and James D. Wallace.

The stories behind these biographical details remind us of both the tumult of the twentieth century and the tumult of the artistic temperament, and the book’s chapters on “Charlotte’s Web,” “A Cricket in Times Square,” and the “Little House” books, as well as its portrait of Williams’s friendship with Margaret Wise Brown, are especially satisfying.

The collaboration between Williams and E. B. White was successful but not always easy. During the illustration process for “Charlotte’s Web,” Nordstrom wrote to White, “Garth wants to meet the challenge of doing a close-up of a spider, he says. But when he comes right up to it he doesn’t meet it by giving her a face.” Nobody wanted to overly anthropomorphize Charlotte; neither did they want her to be a monster. It’s hard to imagine White’s sensitive text, illustrated in Williams’s warmly effusive style, with an arachnid heroine who has eight eyes looking in all directions. As John Updike wrote of “Charlotte’s Web” in The New Yorker in 1999, E. B. White’s centennial year, “A real spider has eight eyes and two big fangs, as a number of illustrations consulted by White … repulsively show. Murder and manure could make it into the nature of ‘Charlotte’s Web,’ but not merciless sideways fangs.” Williams tried, at first, to give Charlotte a human face, an idea that White found “horrible.” Writer and illustrator, delicately mediated by Nordstrom, arrived at a compromise: Charlotte is shown looking down, her top two eyes visible as she weaves. This was White’s idea. “I contend he cheated,” Williams later said.