In western civilization, poetry has long been considered the most artful form of the written word. As classical educators, there’s very little we can do that deepens our appreciation of words and their power more than dedication to great poetry and poets. The “Know Your Poets” series will tell the life story of various poets while also introducing the nature and themes of their work.

I’m going out to clean the pasture spring;
I’ll only stop to rake the leaves away
(And wait to watch the water clear, I may):
I sha’n’t be gone long.—You come too.

I’m going out to fetch the little calf
That’s standing by the mother. It’s so young,
It totters when she licks it with her tongue.
I sha’n’t be gone long.—You come too.

Unsurprisingly, modern America’s greatest poet is the quintessential voice of New England. Many would be surprised to learn, however, that this man, the author of North of Boston, grew up in California and was named for a confederate general, Robert Lee Frost. But, Frost’s west coast roots and confederate namesake may be the least surprising things about him.

Many Americans grow up enchanted by the simple, romantic rhymes of “Stopping by Woods on a Snowy Evening” or “The Road Not Taken,” but on reading poems like, “Design” or “Home Burial” the once simple image of Frost begins to fade until one critic’s description of Frost as a “terrifying poet” begins to ring true. Due to his importance, an abnormally large amount of critics have attempted to determine which Frost is the real Frost, quaint, nature-loving Frost, or unorthodox, subversive Frost. Of course, the real key to understanding Frost is to take his poetry as it is–quaint, subversive, nature-loving, and unorthodox.

Born March 26, 1874 in San Francisco, California, Robert Frost grew up in the house of William Prescott Frost Jr. and Isabelle Moodie Frost. William Frost, a journalist and political wannabe, had moved to California from Pennsylvania with the hope of making a name for himself. His experience in San Francisco frustrated him and led to fits of rage, oftentimes directed against his son Robert Frost. In 1885, when William Frost died of tuberculosis, Isabelle Frost moved the family to New Hampshire where she earned a meager living as a grammar school teacher.

In New Hampshire, Frost attended Lawrence High School where he excelled and graduated co-valedictorian with his future wife Elinor White. Upon graduation he entered Dartmouth, where he enjoyed his studies in literature, Latin, and Greek, but grew restless quickly and dropped out of school before the end of the first semester. He returned to Lawrence where he worked odd jobs including editor of the Lawrence Sentinel.

In 1894, Frost had his first poem published, “My Butterfly: an Elegy.” He continued writing poetry during this period, but beyond occasional poems, he was continually rejected. He attended Harvard, but again dropped out within two years. In the year 1900, he moved to a farm in New Hampshire with his family.

On the farm, Frost’s personal struggles only increased. He and his wife had six children, two of which died in their childhood, one committed suicide, and another died in a mental hospital. Frost’s farming ventures, particularly poultry, did not fare any better. He had bouts of intense laziness, moodiness, and grief over whether he would ever make it as a poet while tending to the daily concerns of his family and farm. He managed to finally escape the pressures of the farm when he was hired as an English teacher at Pinkerton Academy where he taught seven classes a day, coached athletics, and helped run the student newspaper.

This schedule was too much for Frost, and he quickly burned out. In 1912, Frost decided to make a radical move to pursue his love of poetry after he gained sole possession of the family farm. He sold the farm and moved his family to England. Frost was thirty-eight and had not achieved any success in literature, but in England he met a number of important literary figures who finally recognized his prowess. Edward Thomas helped to connect Frost to other Georgian poets as well as literary notables like Ezra Pound, who wrote an important review of Frost’s A Boy’s Will.

His time in England ended at the onset of World War I when he was forced to return to America, but a raving review by Amy Lowell of North of Boston made it back to America before Frost which firmly established his reputation in America.

He would spend the next fifty years writing poetry and teaching at prestigious universities. In 1924 he won his first pulitzer for New Hampshire, then again for West-Running Brook, Collected Poems, and A Further Range. His last serious poetry came in 1942, A Witness Tree.

Tragedy, however, would follow Frost through his life. In 1938, his wife died of cancer and refused to speak with him on her deathbed holding his lifetime of erratic and difficult behavior against him. Awareness of the grief that followed Frost through his life–his early failures in poetry and business, his difficult marriage, and the death of his children–is essential to understanding Frost’s poetry.

The project of understanding this man is more complex than many other poets because of unique circumstances surrounding his biography. Frost had a number of biographers and followers who wrote about him before his death. These biographers frequently presented him as a quaint pastoralist. They rarely noticed the depth and difficulty of Frost and presented him as a populist who played to the sensibilities of a conservative and patriotic nation. After Frost’s death, his personally chosen biographer, Lawrence Thompson, changed that conception forever when the biography he published turned out to be a three volume character assassination.

Frost’s biographers have distracted from Frost’s brilliance. Reading Frost’s poetry with too much focus on the  background of his work distorts the understanding of its effect. A close reading of his poetry shows that he is a child of his times presenting modern philosophy in the vividly real and psychologically complex settings of rural New England.

Another way to put it is with the metaphor of poetry as a picture. Initially, many poets used poetry as a launching point to talk about everything outside of the picture. They discuss love, beauty, and truth with veiled allusions and extended metaphors. Modernist poets, however, refused to write poetry that made reference outside of the picture. They felt that the picture is all they had so they described their experience and left metaphysical speculation up to the reader. Frost wedded these approaches and wrote poems which created vivid snapshots of rural New England and he never made reference to metaphysical ideas outside of those pictures. But, through vivid description of the picture the reader was plunged into a world of experience that forced him to consider the nature of his existence in all its multifaceted complexity.

To understand Frost is to understand his poetry, poetry that puts human experience in flesh and blood, asking all the questions that anyone has ever asked, providing answers when they’re appropriate, and silence when they aren’t. 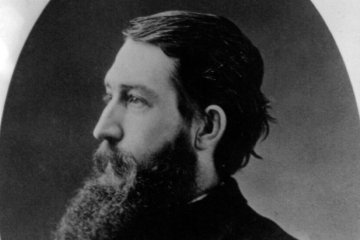 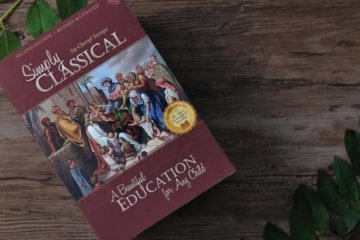 Marva Collins, founder of Westside Preparatory School in Chicago, wrote, “Every achievement of humankind is valuable, and every child’s soul is damaged when we fail to demand that he achieve. Our children don’t need tags, Read more…

Is My Curriculum Age Appropriate?