What do your school’s buildings say about what you are?

I was talking with several classical school leaders recently about a new building project their schools was in the middle of. Of course, there are a number of things you have to think of when you are talking about a capital construction project for your school.

One of these things is debt, the general attitude toward which should be hesitancy and caution—if not outright avoidance. It is easy to let optimism take over and, in the process, put your school in a vulnerable position. 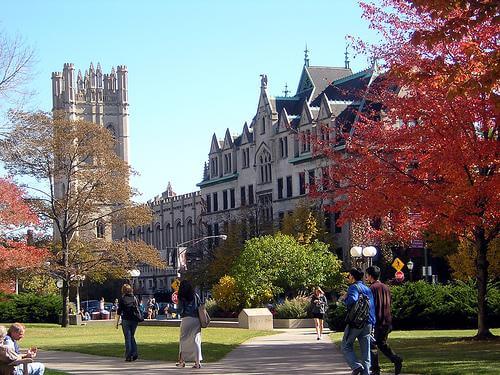 In the case of the school with whose officials I was talking, new facilities were in order, and the capital campaign was not going to endanger, and in fact was probably going to help the school’s future: It’s current facility was in converted commercial space and the new facility fit its classical Christian education mission better in both function and appearance.

My remark was that I thought that a school should look like what it is.

I have had this thought about churches for many years. What does the architecture of a church tell you about what it is for?

If you look at many older churches in the part of the country in which I live, you will notice that they are surrounded by a cemetery, a reminder of human mortality, while the architecture causes the eye to go up hopefully toward heaven. But if you look around at the architecture of most modern churches, you will notice that it is indistinguishable from most funeral homes—flat and hopeless.

Since its mission is very different from most schools, a classical Christian school should give some serious thought to what its appearance says about what it does and what it is for.

Are there angels in your architecture?

This was underscored for me in a recent article at The American Conservative by Jonathan Coppage, “When University Architecture Aims Nowhere,” on the University of Chicago, whose new buildings, like its new David M. Rubinstein Forum building, are described as “post-post modern,” and at complete variance with it’s original classic architecture, an architecture that reflected the classical purpose of the school:

While the Gothic architecture of the original campus was expressly developed over centuries to communicate order, beauty, and orientation to the divine, and even the midcentury modernism that followed had a certain appreciation of symmetry, the David M. Rubenstein Forum is a disordered stack of boxes jutting out, one over another, in order to provide a vaguely defined collection of meeting spaces.

While, as mentioned, the Rubenstein Forum is not unique to the campus in garishness and departure from the Gothic core, it does serve as an apt culminating symbol of how universities abandoned education for buildings.

The University of Chicago, remember was the headquarters for the Great Books movement of UofC President Robert Hutchins and his right hand man Mortimer J. Adler. Surely these men are rolling over in their graves at an architecture that bespeaks something other than education:

When universities were first and foremost places of learning in which the accumulated wisdom of the ages was to be transmitted to a new generation, they followed classical forms. Gothic architecture pointed to heaven, the source of ultimate wisdom to Christians and Platonists alike. Libraries facilitated serendipitous encounter with books, students, and scholars alike, bringing the various sciences into dialogue with each other on the shelf and in the halls.

As John Dewey’s ideas took hold in the classroom (fittingly at the University of Chicago’s Laboratory School), and Le Corbusier’s in the architectural journals, the orientation turned away from learning as it had classically been understood and toward a fusion of personal development for students and research accumulation for professors. Libraries were built to store “publish or perish” books that would never be read, and classrooms to become plastic spaces of generic creativity. In time, classrooms would fade from focus altogether.

It is a thought every educational institution should have, taking due account of its financial constraints: What do your buildings visually say about what goes on inside them?