The Rise of Modern Education 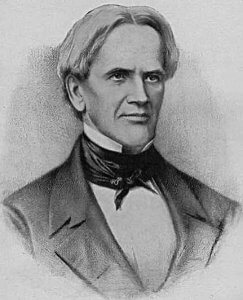 I was recently reading an article arguing that technology will eventually replace public education. While I disagree with some of the author’s premises and his conclusion (he ignores human nature), his analysis of how we got to where we are in education was utterly fascinating:

The origin of comprehensive, state-sponsored schooling in the industrial era can be traced to 19th Century Prussia. In the early 1800’s Prussian military rulers implemented a national schooling program to ensure a supply of disciplined young soldiers capable of resisting any future Napoleonic-style invasion of their country. Under the guise of teaching young boys how to read and do numbers, Prussian schools grouped students by age, rather than by knowledge or ability, sat them at rows of desks facing a teacher, rather than arranging them in discussion circles, and rang a bell regularly, so as to discipline their day while they studied a variety of subjects.

The British adapted the Prussian model when they needed to create their own cadre of professionals to administer their far-flung empire. And Horace Mann, one of the early proponents of public schooling in America, returned from an 1843 visit to Prussia full of ideas for implementing the same kind of system in the U.S.

While there are definite advantages to this “Prussian model” (for example, sitting in rows), it raises the question of “What is the goal of education?” It is clear that our current system of education aims for “college and career readiness.” Shouldn’t we be seeking the formation of the entire person in wisdom and virtue?