The Greatest Book by the Greatest Thinker of the Twentieth Century, on His Birthday 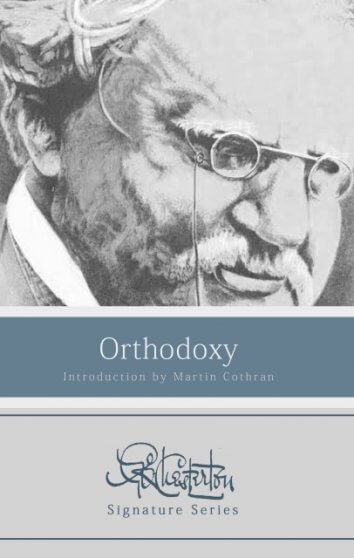 Today is G. K. Chesterton’s birthday. He was born on this date in 1874 and died in 1936. He wrote over two hundred books–novels, essays, and poetry. He even, at the behest of his friend, the playwright George Bernard Shaw, wrote several plays. His writings were featured in numerous British newspapers and journals, and he wrote a weekly column for the Illustrated London News from 1904 to 1936, with one interruption for several months in 1915, after his brother Cecil was killed in the “Great War.”

His popularity is said to have suffered after his death because he never wrote just one masterpiece. In fact, he wrote about a dozen, but none was more deserving of that name than his book Orthodoxy.

Orthodoxy is a book of Christian apologetics, written in 1908 after a widely read public debate in the newspapers between Chesterton and Robert Blatchford, the editor of the Clarion newspaper over the truth of Christianity.

In the book, he argues that all modern philosophies have the characteristics of insanity. Each is an isolated fragment of Christianity, unbalanced and exaggerated as a result of being disconnected from the larger Christian worldview. Christianity is the only whole and balanced view of the world–the only view that fully makes sense of reality in all its complexity.

It was recently republished by Mud House Press, which asked me to write the Introduction. It is available from Memoria Press.