Astronomy Magazine recently ran a story on a very badly behaved star: “On September 15, a team of Princeton astronomers posted a paper…that argues the star Kronos devoured over a dozen of its rocky inner planets during the course of its 4 billion year lifetime.” 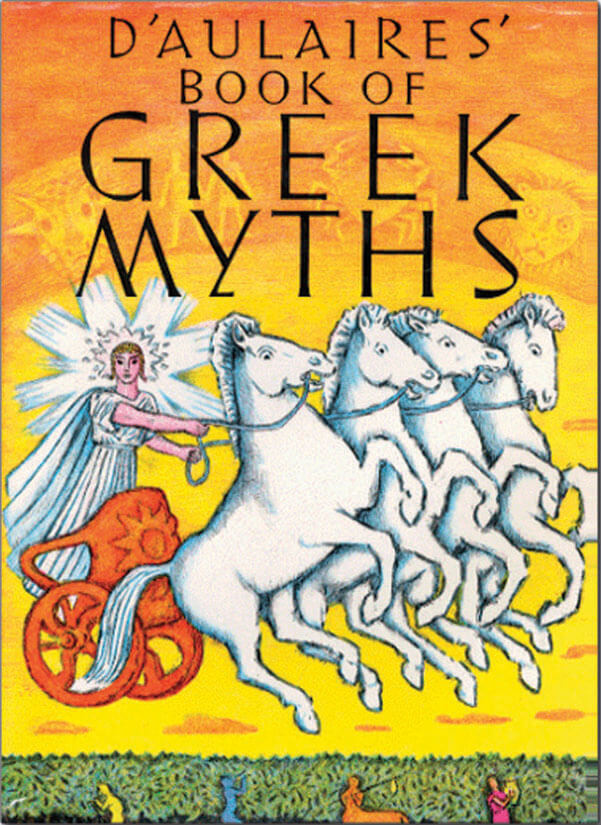 Why would a star that eats its planetary children be called Kronos (also spelled “Cronos”)? If you have had a classical education, you know. In fact, even an elementary student would be familiar with this reference.

D’Aulaires’ Book of Greek Myths, read by 3rd graders in the Classical Core Curriculum, tells the story of Cronos.

One of six sons of Uranus (the Sky) and Gaeia (“Mother Earth”), Cronos rebelled against his cruel father and became lord of the universe. It was prophesied that Cronos would give birth to a son stronger than he (just as Cronos himself had been stronger than his father).

So afraid was he of his own children that he swallowed each of them as his wife, the Titaness Rhea, bore them. Rhea, distressed with the fate of her children, finally gave birth to Zeus. As the D’Aulaires tell it:

As soon as Rhea had borne her child, the god Zeus, she hid him. Then she wrapped a stone in baby clothes and gave it to her husband to swallow instead of her son. Cronos was fooled and swallowed the stone, and the little god Zeus was spirited away to a secret cave on the island of Crete. Old Cronos never heard the cries of his young son, for Mother Earth set noisy earth sprites outside the cave. They made such a clatter, beating their shields with their swords, that other sounds were drowned out.

As a result, Zeus eventually ousted his father from his throne and became the chief of the Greek gods.

Such stories can seem strange to us (in this case even gory). But they not only make us culturally literate and able to know why, for example, a star has a particular name, they enable us to ask important questions about the world.

The myths seem simple on their surface, but they contain deeper meanings which are interesting to ponder, which is why great Christian thinkers over the ages have pointed to them repeatedly, and referred to them over and over again in their writings. Indeed it would be hard to read Paradise Lost by the great Puritan poet John Milton, or Edmund Spenser’s The Faerie Queen–or anything by Shakespeare–without knowing the mythological references, most of which you learn in a book as basic as D’Aulaires‘.