How to Teach Writing, Part 2

The classical approach to rhetoric, which developed over hundreds of years into a rich panoply of works from ancient times (e.g., Aristotle’s Rhetoric, Cicero’s De Inventione) and on into the Middle Ages (Augustine’s De Doctrina Christiana, Boethius’ Overview of the Structure of Rhetoric, Erasmus’ Copia: Foundations of the Abundant Style), has helpfully been summarized in the form of the “five canons of rhetoric”: invention, arrangement, style, memory, and delivery. Since these canons guide the study of rhetoric, which is particularly aimed at producing good speakers (not just good writers), the last two canons are not essential to a writing curriculum, although they are no doubt helpful. The first three objectives below, therefore, correspond to the first three canons: invention, arrangement, and style. I have taken the last two objectives below from Aristotle (i.e., mastering the art of rhetoric) and Quintilian (becoming a good human being).

The first objective is to master invention, which is the ability to come up with something to say. Students should be equipped to conceive ideas they want to communicate in writing. This ability grows as students’ knowledge and wisdom increase through various experiences and instruction, e.g., the study of history and literature. Mature writers have information, ideas, and beliefs that they have received from outside themselves and that, when these writers wish, become the content of written or spoken communication. Mature writers know not only how to express these ideas, but also the myriad ways of developing or supporting them with demonstrations or arguments.

To master the skill of arrangement means acquiring the ability to organize one’s words in a clear, logical, and effective way. By knowing the many different ways that a piece of writing can be arranged, students are empowered to guide their readers on a path they know is most natural to their readers’ inclinations, inquiries, objections, etc., like a shepherd who anticipates his sheep’s normal movements and expertly leads them away from dangers or distractions and towards the grazing ground, or shearers, or whatever destination he has in mind for them. 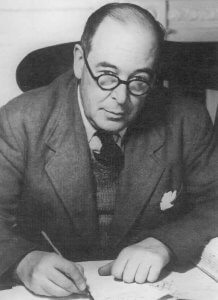 To master the skill of style means acquiring the ability to communicate one’s ideas in a way that effects how one wants those ideas to be received. C. S. Lewis once gave this advice:

“The way for a person to develop a style is (a) to know exactly what he wants to say, and (b) to be sure he is saying exactly that. The reader, we must remember, does not start by knowing what we mean. If our words are ambiguous, our meaning will escape him.”

A competent writer has learned the “language” of written communication and uses it fluently.

To master the art of rhetoric means that one has gained “the faculty of observing in any given case the available means of persuasion” (Aristotle’s Rhetoric 1355b, 22). In other words, we want to form students who are able to grasp and use the best ways possible for getting others to change their mind or adopt new beliefs. This ability in turn requires three sub-skills.

The last and most important objective for teachers is to help students become good human beings. What good would it be, says, Quintilian, for students to become master writers or speakers if “the powers of eloquence serve only to lend arms to crime”? Those who wield the power of the written word are responsible for whether they use that power to bring about good or evil. Teachers, therefore, have the responsibility of teaching students to love and pursue virtue rather than vice.

In summary, the classical approach to writing aims to produce writers who are highly skilled in coming up with ideas or “content,” can clearly convey meaning, can effectively arrange their ideas, can persuade others, and who use all these skills for good. Slightly altering the words of Quintilian, one could say that the ultimate goal is “the good man writing well.”

Next week, I’ll share the steps it takes to achieve this goal according to the classical model.

As a rhetoric student in college and now a home schooling mom, I agree and look forward to thoughts on how to teach these skills easily. Good post.

Thanks, Kathy! The next post is available here. After that one, I’ll have one more posted this Tuesday. Both of these posts address the specific stages of the writing program we recommend, Classical Composition.