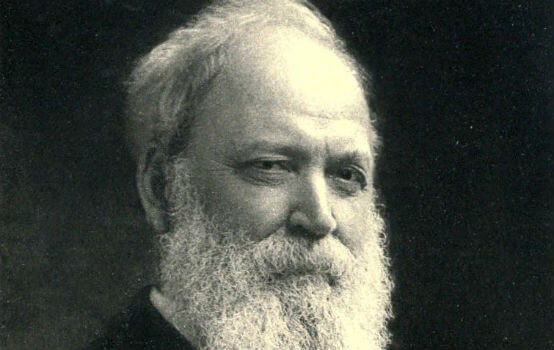 One of the great American classical scholars was Basil Gildersleeve (1831-1924) of South Carolina. E.J. Hutchinson, associate professor of Classics and director of the Collegiate Scholars Program at Hillsdale College, writes in The American Conservative of how Gildersleeve, writing around the turn of the century, had already anticipated the contest between “practical” learning and “classical” learning: “[M]uch comes down,” says Hutchinson, “to the crucial question, ‘What is education?’ To answer it, Gildersleeve insists on ‘distinguishing sharply between education and instruction.'”
Says Gildersleeve:

Education is the normal development of the powers that lie in man’s nature, and is not to be confounded with instruction, which merely furnishes the means and appliances of education. It is your merely ‘instructed’ man that often amazes you by a want of comprehensive power, not your really ‘educated’ man; and when teachers of physical science complain that untaught minds grasp the propositions and sequences of inductive reasoning more readily and firmly than those which have been ‘educated’ in classical learning, they confound accumulation with appropriation.

is not mere information delivery. And in fact a knowledge of Latin helps to correct our bastardized English idiom even here. Understood etymologically, to in-form (from Lat. informare) is to shape, mold, develop. As Gildersleeve remarks, “‘[I]nform’ and ‘information’ have been reduced in modern times to the mere acquisition of facts, instead of a plastic process of assimilation.” But that “plastic process” is what is really wanted: the comprehensive formation and maturation of man’s mental powers as an organic whole. Properly conceived, “instruction” is instrumental in “education” rather than tautologous with it. Again, such development cannot be reached through the sciences alone—or through languages alone. No, the hard sciences, language, literature, history, philosophy—all are needed, and the absence of any leads to poverty in the whole. It would be ridiculous to cut off our educational nose to spite our societal face, but that is precisely what has often occurred in the recent history of education.