Classical Culture and the Art of Manliness

If you are a real man, then, of course, you will be familiar with the manliest of manly websites, “The Art of Manliness.” And if you are not familiar with it, and you wish to acquaint yourself with the manly articulation of manly virtues, may we suggest that you sample an article that was published about this time last year, entitled, “Why Every Man Should Study Classical Culture“: 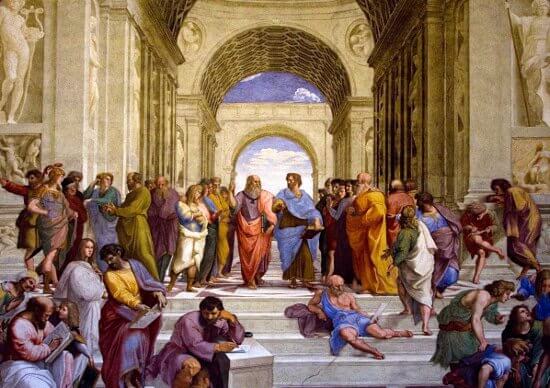 If you’ve been following the Art of Manliness for awhile now, you’ve likely caught on to the influence that the classical cultures of Greece and Rome exert on a lot of our content. We promote an idea of “manliness as virtue” that was espoused by both of these ancient civilizations. And there’s a reason for that: In college, I majored in “Letters” — a degree program connected with the Classics Department. I studied Latin and took classes on the history of freedom in both ancient Greece and Rome. I read and discussed the Greek tragedies and even took an entire course on Ovid. It’s during this time that I developed a deep and lasting love for classical culture; despite having graduated from college nearly ten years ago, I’m still reading and pondering the works of Homer, Plato, and Cicero.

An understanding of the culture, philosophy, and literature of antiquity has greatly enhanced my life, and it’s an education I think every man should be well-versed in. Even if you didn’t study the classics in high school or college, there’s a case to be made that you should begin doing so now. Below are eight reasons why every man should dive into the classics, as well as a list of suggested works to get you started.