What are we doing when we educate children? There are three possibilities. 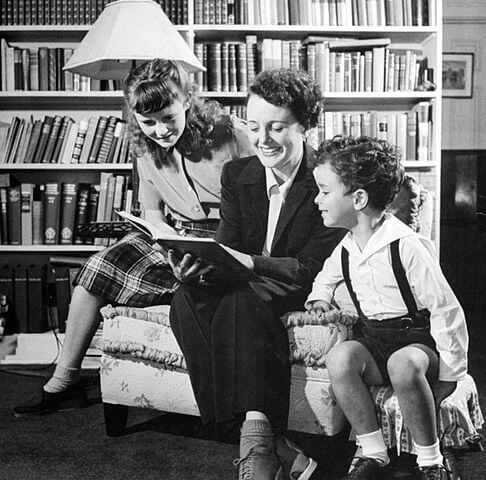 If, as teachers, we aim to condition students to think and act in a way that ultimately uses them as expedients for our purposes, then we are propagandists, akin to the advertisers who treat their audience as consumers, or to the politicians who treat them as votes. Such a reductionistic treatment of human beings leads not to their elevation, but their abolition, as C.S. Lewis explains in The Abolition of Man.

In reaction to the propagandist approach, some teachers opt for another, which Lewis calls “debunking,” or teaching students to “see through.”

This approach is modeled by “Gaius and Titius,” authors of The Green Book that Lewis critiques in chapter 1 of The Abolition of Man, “Making Men without Chests.” Gaius and Titius seek liberation from false sentiments and the propagandist’s appeals to emotion.

When Gaius and Titius read a tawdry advertisement for an ocean cruise, they don’t see a poorly worded description of sea-faring, but a manipulative lure to snag people’s wallets. Gaius and Titius assume that since the advertisers attempt to invoke the feelings of their audience, they must be bad. According to the debunkers, all appeals to emotion are suspect, because emotions are purely subjective, and therefore unreliable and unimportant. The result is that the student of The Green Book “is encouraged to reject the lure of the ‘Western Ocean’ on the very dangerous ground that in doing so he will prove himself a knowing fellow who can’t be bubbled out of his cash.” Lewis goes on to point out the greatest problem with the debunkers:

“Gaius and Titius, while teaching [the student] nothing about letters, have cut out of his soul, long before he is old enough to choose, the possibility of having certain experiences which thinkers of more authority than they have held to be generous, fruitful, and humane.”

In order to protect students from emotion-focused propaganda, the debunkers “fortify the minds of young people against emotion.” Yet, in so doing, they harden students’ hearts and moral sensibility.

The correct alternative to propagandist education is not to sterilize students’ emotional virility but to help them feel ordinate, fitting emotions: “The right defense against false sentiments is to inculcate just sentiments. By starving the sensibility of our pupils we only make them easier prey to the propagandist when he comes.” Lewis explains the difference between the “inculcation of just sentiments” (i.e., the “old education”) and the propagandist model of education (i.e., the “new education”) with an analogy:

“…. the difference between the old and the new education will be an important one. Where the old initiated, the new merely ‘conditions’. The old dealt with its pupils as grown birds deal with young birds when they teach them to fly; the new deals with them more as the poultry-keeper deals with young birds— making them thus or thus for purposes of which the birds know nothing. In a word, the old was a kind of propagation—men transmitting manhood to men; the new is merely propaganda.”

At CLSA, we agree with Lewis that the aim of education should be to “initiate” human beings into mature intellectual, emotional, and moral living. How do we do so? How do we make “men with chests”?

Next week, we’ll tackle this question with reference again to Lewis, but also to James K. A. Smith’s recent book You Are What You Love.

In the meantime, consider the practices in your life that have shaped your heart and “inculcated just sentiments.” What repeated teaching, routines, or rituals have helped initiate you into greater maturity and virtue? Please share in the Comments section below.